Yves Jeuland is a French director and documentary filmmaker, born in 1968 in Carcassonne.

Several of his films deal with political activism. Yves is particularly interested in telling the history of the French communists and socialists, after he followed for over two years (between 1999 and 2001) Bertrand Delanoë, Jean Tiberi and the other protagonists of the 2001 municipal election campaign across the French capital for “Paris à tout prix” (Paris at all costs). In 2002, in “Bleu, blanc, rose” (Blue, white, pink), he filmed thirty years of the history of homosexuals in France. On November 6 and 7, 2007, France 3 broadcasts his two-part documentary film, “Comme un juif en France” (Like a Jew in France), which covers the history of Jews in France from the Dreyfus case to Vichy and then from the Liberation to the present day. This film won the LIA Award at the Jerusalem International Film Festival in July 2007. In 2008, he directed a chronicle on the Municipal Elections in Fleury (Aude). In 2010, “The President” is released. In this film, Yves Jeuland films Georges Frêche at close range during his last political campaign. In 2014, “Inside the News“, a documentary filmed in the political department of the newspaper “Le Monde” during the 2012 presidential campaign, is released in theatres. 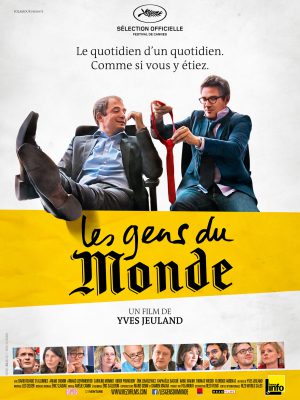