Born in Lyon in 1945, Hubert Niogret has been a photographer, assistant director, production manager, documentary film director, film producer and lecturer in film economics at Paris I and Paris III. As a film critic, he collaborated on “Young Cinema” before writing regularly in “Positive”.

Hubert made a name for himself through his texts on Asian cinema, particularly Japanese cinema, from Mizoguchi and Ozu to Oshima and Kurosawa (about whom he published a book in 1995). He also explored the cinema of Taiwan, Hong Kong and Korea, and wrote about both Polish and Indian cinema, as well as western and animation. A master of cinematic technique, he has also interviewed numerous cinematographers.

Co-founder of the Short Film Agency, he has developed a strong interest in this format, which led him to produce a weekly program, “Fenêtre sur court”, in 1995-1996. 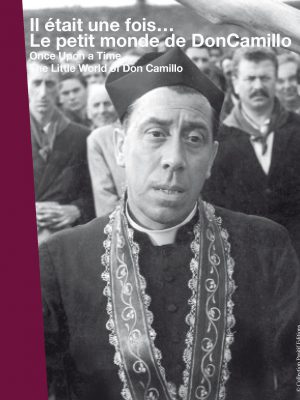 ONCE UPON A TIME... THE LITTLE WORLD OF DON CAMILLO