François, who was born in Paris in 1960, is a writer and director of documentary films. After studying cinema at the Sorbonne Nouvelle (Paris 3), he worked as an assistant director for Marcel Bluwal, Claude Chabrol, Christian de Chalonge and Victor Vicas.

He made his first film about art in 1989 entitled “Man Ray, 2bis rue Férou” and will develop his passion for art throughout most of his filmmaking career

In 1994, he created and directed a weekly programme “Aux Arts et cætera”(To arts et cætera), dedicated to the plastic arts, which was broadcast on Paris Première for 4 years. Between 1999 and 2001, he produced two weekly science programmes: “Archimède” and “Pi=3.14”, broadcast on Arte and France 5.

In parallel, François Lévy-Kuentz has also been devoting himself to producing monographs on artists (Chagall, Pascin, Calder, Mondrian, Dali or Buñuel) which have received awards at international festivals.

His most recent works include “American Modern Art, a Secret Weapon of the Cold War” (France 3, 2017). 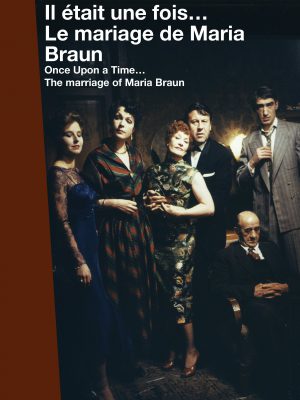 ONCE UPON A TIME... THE MARRIAGE OF MARIA BRAUN